Welcome to the Turkish Folk Music Archive. It consists of pictures, audio and video recordings made during diverse fieldwork expeditions in the context of a PhD project. The project, titled "Türkü and Halay Between Ghent and Turkey: An Ethnographic Study of Turkish Folk Music in a Transnational Context", took place from 2008 to 2014 and was supported by the University College Ghent Research Fund.

The project aimed at the exploration, description and interpretation of the ways in which Turkish folk music manifests itself musically, contextually and functionally in the transnational context of contemporary Turkey and the Turkish diaspora in Ghent, and at the identifications of the interrelations between the different aspects and between the two larger research contexts. The city of Ghent provided a rich case, with a Turkish migration history of fifty years and a Turkish population of approximately eight to ten per cent of the total population.

The archive is a work in progress and more content will be gradually added. Comments or remarks can be addressed to liselotte.sels@gmail.com. I wish you an interesting discovering journey into the contemporary folk music of Turkey and the Turkish diaspora! 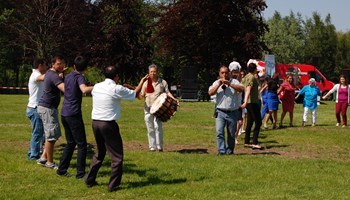 Ghent, the province capital of East Flanders, accommodates more than 21,000 people with Turkish... 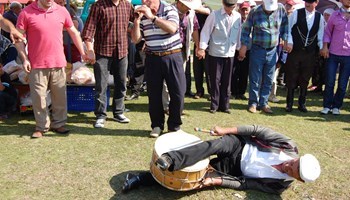 The concept of ‘folk music’ (halk müziği) is highly ideologically and politically charged in...